Andy Warhol, a multifaceted and brilliant artist, perhaps one of the best known exponents of contemporary art, is considered by all to be the father of Pop Art. However, there are many curiosities about life and his works that not everyone knows. Here are 15 to read all in one go.

1. Andy Warhol‘s real name was Andrew Warhola, due to his Czechoslovakian origins;

2. His artistic talent manifested itself at an early age, after his mother, during a convalescence, gave him material to be able to draw;

3. After completing his studies in advertising art at the Carnegie Institute of Technology in Pittsburgh, Andy Warhol moved to New York where he began working as an illustrator for magazines such as Vogue, Harper’s Bazar and Glamor;

4. The first exhibition of his works took place at the Hugo Gallery in New York, in 1952: it consisted of 15 drawings inspired by the books Truman Capote, who later became one of his most faithful friends;

5. Warhol’s mother, Julia Warhola, who lived with him in the Big Apple until 1971, had a great weight in the artist’s life and work, so much so that she shared many of his artistic experiences with him;

6. During the years in which Andy Warhol began producing his works, the American art scene was dominated by “action painting“, a technique in which colored paint was poured or thrown onto the canvas, entrusting to the case the definition of the forms. The young Andy opposed this way of making art, believing instead that the creative process should remain under the artist’s control, so as to have the power to transform everyday objects such as Coca Cola bottles and soup cans into real and own works of art; 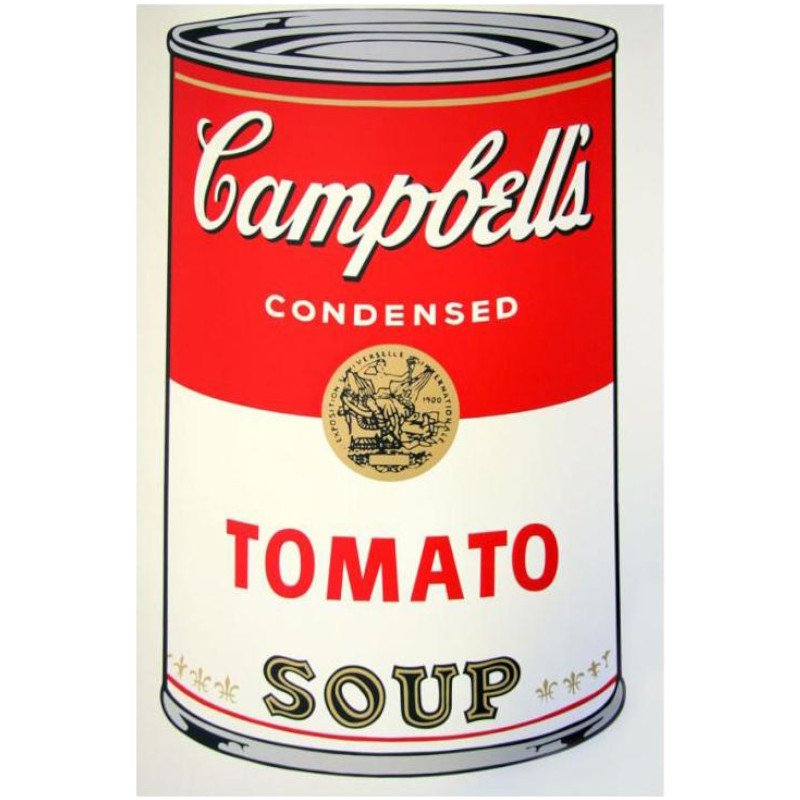 7. The screen printing technique on canvas, with which the artist could reproduce his works indefinitely, was introduced by Warhol in 1962: we are at the dawn of the “Pop” genre. Since, in fact, according to the great artist from Pittsburgh, art must be “democratic” and “mass“, it must be replicable like any other industrial product. Some of Andy Warhol’s best-known works date from this period, with objects such as Marylin Monroe and Mao Tse-Tung, from which many of the artist’s most sought-after graphics originated; 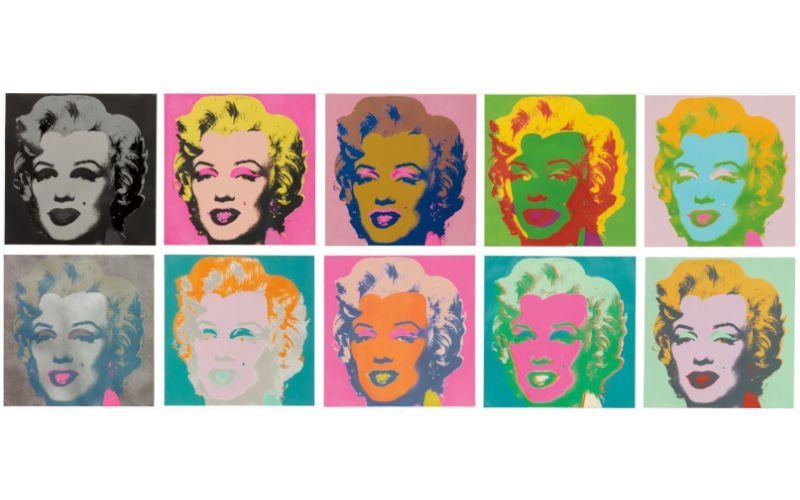 8. The “Factory” was Warhol’s creative laboratory, intended as a real medieval workshop where, in addition to his closest friends and students, some of the greatest artists of the time also passed: singers such as Bob Dylan, Jim Morrison and David Bowie, directors, writers and so on;

9. Among the most evocative works of the New York artist are the “Flowers” created from 1964 and exhibited for the first time at the Leo Castelli Gallery and later at the Ileana Sonnabend Gallery in Paris. With this production, for the first time Andy Warhol placed an element of nature at the center of his canvases, the hibiscus flowers, combining the impressionist style with the abstract one. This, which can also be considered as a tribute to the genre of still life faced by all the greatest artists of the present and the past, was also one of the last works created by the father of Pop Art with the technique of painting before dedicating himself to cinema and other forms of artistic expression; 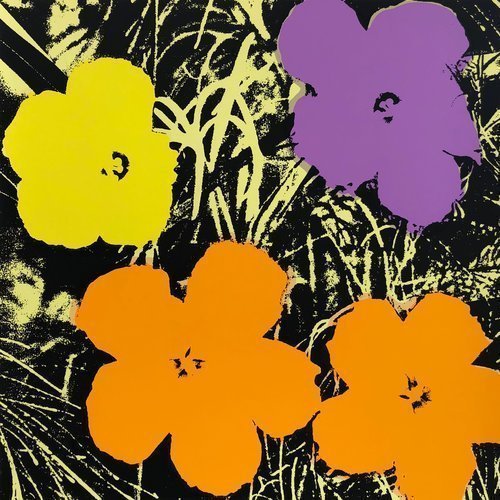 10. Another curiosity related to Warhol’s “Flowers“, which were made in various formats, from about ten centimeters to 2.5 meters per side, is that the inspiration did not come to the artist by looking at real flowers but the cover of a magazine, in which the photo of these flowers by the photographer of Patricia Caulfield stood out. The article linked to the image also talked about a new color processing method created by Kodak, proposed through a layout of side-by-side reproductions very similar to screen printing. To then create his work, in which the flowers have a square and almost unrecognizable appearance, Warhol cut out and rotated the photographic image on himself, after which he flattened the color by maximizing the contrast with the background;

11. In June 1968, Andy Warhol was shot and wounded by feminist activist Valerie Solinas. Although she did not testify in court against her assailant, the artist was deeply affected by her, not only for the injuries sustained, but also from a psychological point of view. In fact, he began to thin out his public appearances and often told others that from that June 3 he considered himself in all respects as “a man officially returned to life from death“;

12. Despite his fame and star-like appearance, Andy Warhol had a shy and reserved character. He was also a practicing Catholic and volunteered at homeless shelters. The priest of the New York church that the artist attended, reported after his death that Andy attended the ceremonies almost every day. He also declared himself very proud to have subsidized his nephew’s seminary studies;

13. The famous phrase attributed to him to this brilliant and multifaceted artist “In the future each of us will be famous for 15 minutes” is, in truth, the paraphrase of a line from Warhol’s catalog for an exhibition at the Moderna Museet, Stockholm, created from February to March 1968. The expression, which can also be considered as a prophecy of the use of social media in our times, was also used for the title of a television program he himself conceived in 1985 for the American MTV channel which it titled “Andy Warhol’s Fifteens Minutes“;

14. His latest work of art, entitled “Last Supper” and inspired by Leonardo Da Vinci’s Last Supper, was created in 1987, just before he died from a trivial gallbladder surgery. On his death the fame and the prices of his works immediately underwent a great surge, so as to make him the “second most bought artist in the world after Pablo Picasso“;

15. Andy Warhol not only made works for their own sake, but also for commercial purposes, such as the album cover of the band The Velvet Underground, of which he was also a producer. The image portrayed a banana and became a real icon, so much so that it replaced the name of the record itself which became the “banana album“. But what not everyone knows is that the original cover had an adhesive peel that could be peeled off, revealing a pink banana underneath. There was also the allusive writing: “Peel slowly and see“. Later, for commercial reasons, the image was replaced with that of the yellow fruit that we all know.