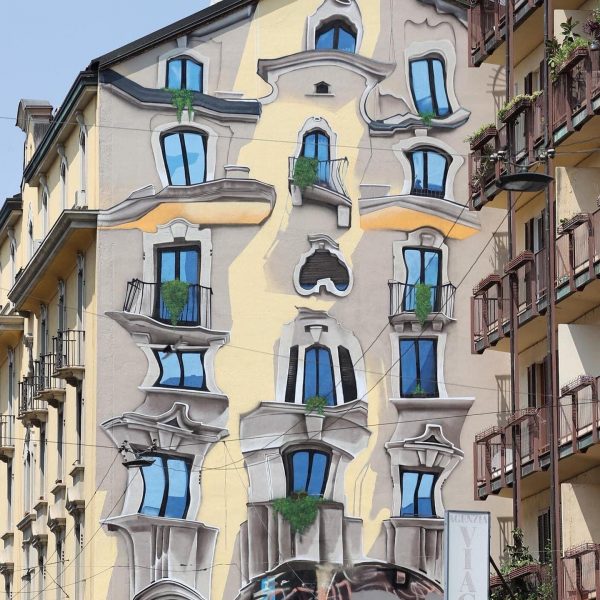 Caiffa Cosimo, aka CHEONE, was born in Gallipoli (Italy) on May 26, 1979; since he was a child he showed a particular interest and a marked predisposition for drawing and painting. He grew up surrounded by artists and art lovers including an uncle and the father of a friend, a well-known painter from Gallipoli; he often looks at them at work and learns the techniques of painting on canvas from them.

At the age of 8-9 he moved with his family to Germany, where he lived and studied until one day, by chance losing the bus, he noticed in a little hidden street some older boys who were painting on a wall with spray cans; he was immediately fascinated by the technique and colors they used to make their pieces and stopped to observe them all afternoon.
From that moment CHEONE began to approach the culture of writing, starting to make his first lettering and subsequently dedicated himself to figurative painting until he returned to live in Italy, settling in the province of Milan.
He meets b-boys, members of Click Quimmoda, a crew from Rho (MI), of which he joins; with them he begins to make himself known throughout the area.
CHEONE becomes famous for the “photorealism” technique, through which it carries out interventions on urban buildings and city structures with characters, animals and subjects that physically interact with the environment around them.

CHEONE: original works of art available in The Strip Gallery.