Although very different from each other, the world of fashion and graffiti have always had many points of contact. Street artists, in fact, have always distinguished themselves from the beginning not only for their creativity, but also for their style of clothing, mainly inspired by hip-hop culture.

Not only that, the first writers used to “appropriate” the surface of their sweatshirts, t-shirts or denim jackets to write their code name or that of their group or neighborhood.
It is therefore no wonder that this explosion of imagination and creativity then had direct repercussions and influences on youth fashion brands as well. Street artist and illustrator Shepard Fairey, a.k.a. Obey, in 2001 founded his own clothing company Obey Clothing, but above all the collaboration between the artist Cope2, whose graffiti are one of the legends of New York, and the historic brand of sneakers and sportswear Adidas.

Child from the Bronx, son of Puerto Rican parents, Cope2 has left its mark in New York City since the 1980s. Before being known for his works of art and embarking on a brilliant career in the Cope2 graffiti field, Fernando Carlo, this is his real name, had to deal with even the darker and more violent side of his city. Born in 1968 in a climate of poverty, from a very young age Carlo became part of the drug, delinquency and easy money business.
This led him to become, in the early years of his youth, a full-fledged drug dealer, a past that he himself never denied since it was, in some respects, his “training ground for life”.
At the same time, however, he has always carried a passion for graffiti in his heart, transmitted to him by his cousin Chico who, since he was 8 or 9 years old, used to take him with him to “tag” the walls of the subway. 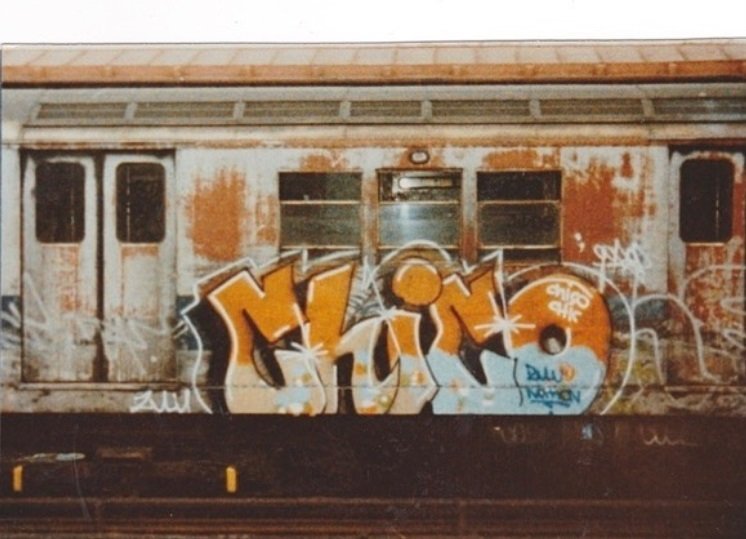 And so, observing his name written with colored paints all over the place, Cope2 began to dream of being able to be something different than a drug trafficker, even if, as he often tells himself, it was necessary to get him out of the drug industry the close encounter with a bullet.
Once he got out of the drug and crime scene in New York, Cope2, aka Fernando Cardo, was driven mad to bomb everything he could with his name. He then started tagging entire subway lines, until Cope2’s graffiti could be seen practically everywhere. 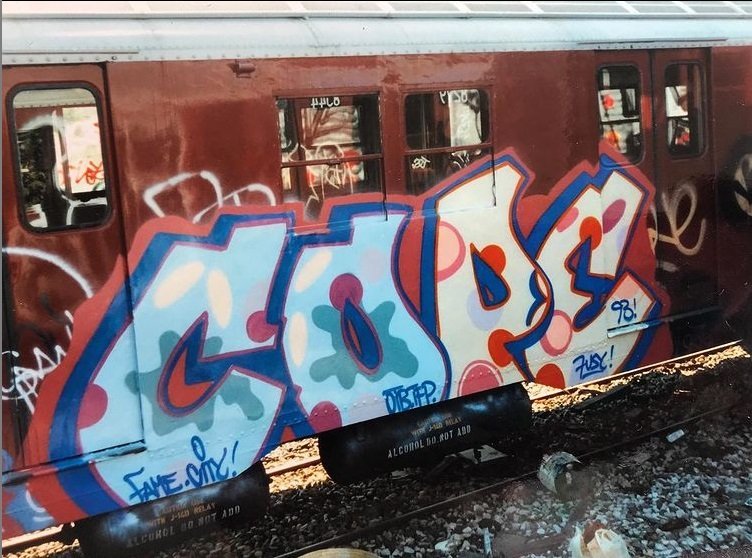 Cope2 and the collaboration with Adidas

While he was still selling drugs for the slums of the Big Apple, perhaps Fernando didn’t think he would later do what he loves to do, graffiti, on sneakers, t-shirts and sweatshirts from major brands like Adidas. Or maybe yes. The art of Cope2, in fact, comes directly from the street and perhaps for this reason it is able to communicate with everyone, including young people who identify with the philosophy of brands such as Converse, Footlocker and Adidas. Who better than him could therefore be chosen to strengthen the brand identity and enrich the message of one of the largest sportswear manufacturers in America and in the world with content?
“We believe that, through sport, we have the power to change lives – say the marketers of Adidas North America – and we recognize that athletes are much more than those on the field as we can also promote creativity on the streets and in recording studios. . ”

All this leads, as a direct consequence, to the need on the part of the brand to expand its corporate storytelling with other stories that do not only concern those of sports teams, but also, for example, the world of art and music. This explains the collaborations, starting from the 90s, with Hip Hop artists Tupac and Snoop Dogg up to today with Kanye West and his rap brand Yeezy. But, above all, it also explains the relationship with street art and graffiti of which Cope2 is today one of the leading exponents.
For its part, even Cope2, whose works of art are exhibited today in numerous art galleries and are coveted by all the most important art collectors around the globe, is not insensitive to the added value they can bring to its creativity these collaborations and others that he has recently undertaken also with cinema and the world of video games.

For an artist who was born on the street, any inspiration that comes from the outside can be an important starting point to give his creativity a more convincing message.
It is undoubtedly a point of view that, in some respects, contrasts with that of other street artists such as Banksy, who makes consumerism, brands and globalization some of his controversial objectives, so much so that he comes to paint a picture (the reproduction on canvas of the “Girl with a balloon”) which self-destructs immediately after being sold at auction for over a million pounds, but which, if you think about it, fits directly into the concept of creativity that was typical of first writers: he brings art out of museums to make it everyone’s heritage.