The iconic portrait of Marilyn Monroe by the father of Pop Art Andy Warhol was auctioned by Christie’s for 195 million dollars, beating the previous record attributed to “Les Femmes d’Alger”, a work by Picasso sold in 2015 for $ 179.4 million.

The proceeds from the sale will go to the Thomas & Doris Ammann Foundation in Zurich and will be used to fund children’s health and education projects in underdeveloped countries.

The work, entitled “Shot sage blue Marilyn” and which is part of a group of five square canvases made in five different colors, was painted by Andy Warhol in 1964, two years after the actress’s death, taking inspiration from a photograph based on the film Niagara by Henry Hathaway. In the portrait, Marilyn is depicted with yellow hair, red lips and blue eyeshadow and her face stands out against a pastel background. 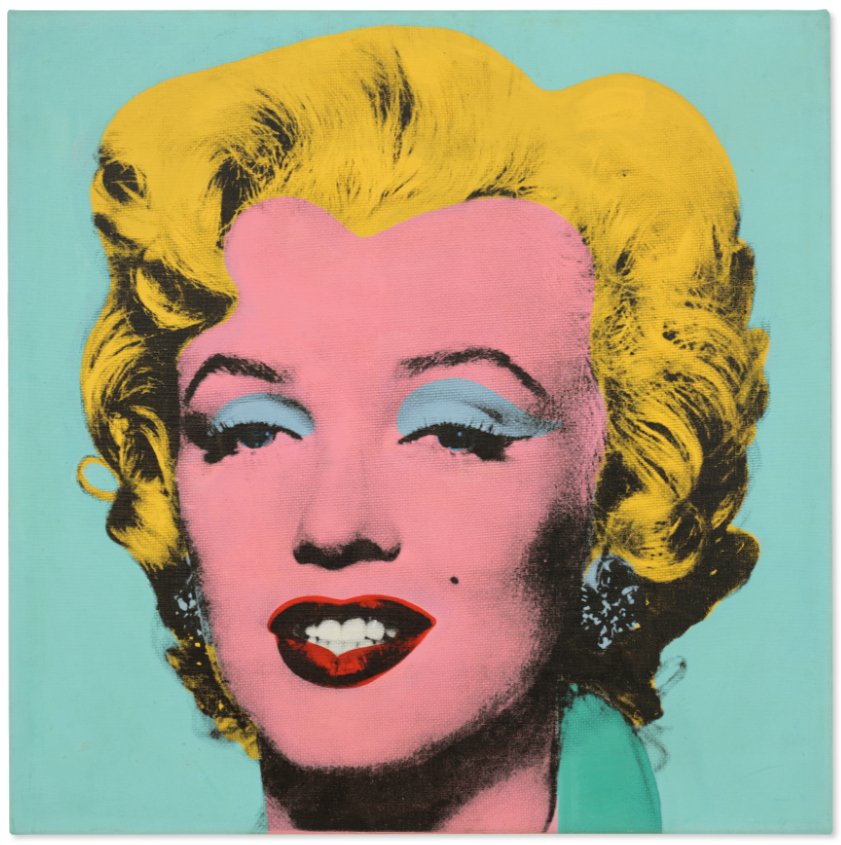 Later the canvas, together with the other four present in the quadrilogy, had been reproduced on a large scale, thus becoming a true icon of global fame. According to some, the title of the work came to the artist after a woman, posing as a photographer, tried to shoot the paintings with a gun.

The gallery owner Larry Gagosian won the famous portrait after only 4 minutes from the start of the auction. However, he did not want to let people know if the purchase was made for himself or for a customer. What is certain, however, is that even after many years, Warhol’s work continues to fascinate, helping to make not only his incredible career as an artist but also the subjects represented in his canvases even more legendary.

Thanks to hir art, Marilyn’s face is elevated to a symbol of timeless beauty and her smile just hinted at, in some respects similar to that of another equally famous work, Leonardo da Vinci’s Mona Lisa, communicates to the viewer elegance, seduction and femininity.