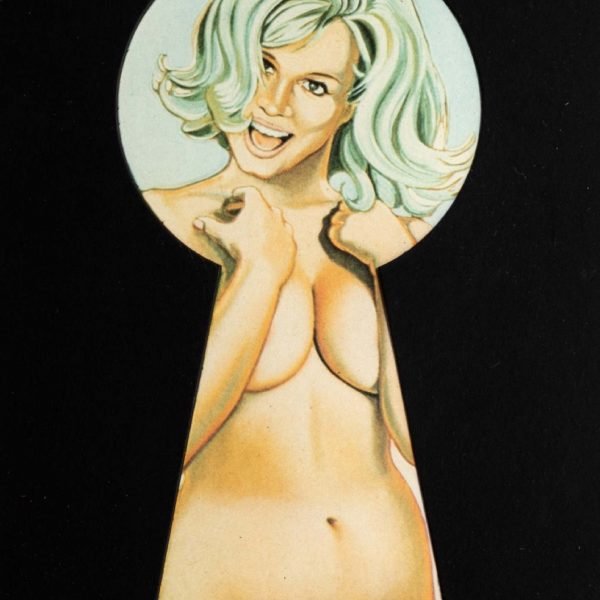 Born in Sacramento, California, to a first generation Portuguese-Azorean immigrant family, Mel Ramos gained his popularity as part of the pop art movement of the 1960s. Ramos is “best known for his paintings of superheroes and voluptuous female nudes emerging from cornstalks or Chiquita bananas, popping up from candy wrappers or lounging in martini glasses”. He was also a university art professor.

Mel Ramos received his first important recognition in the early 1960s; since 1959 he has participated in more than 120 group shows. Along with Roy Lichtenstein and Andy Warhol, he was one of the first artists to do paintings of images from comic books, and works of the three were exhibited together at the Los Angeles County Museum of Art in 1963.

A major exhibition of his work was held at the Albertina in Vienna in 2011. 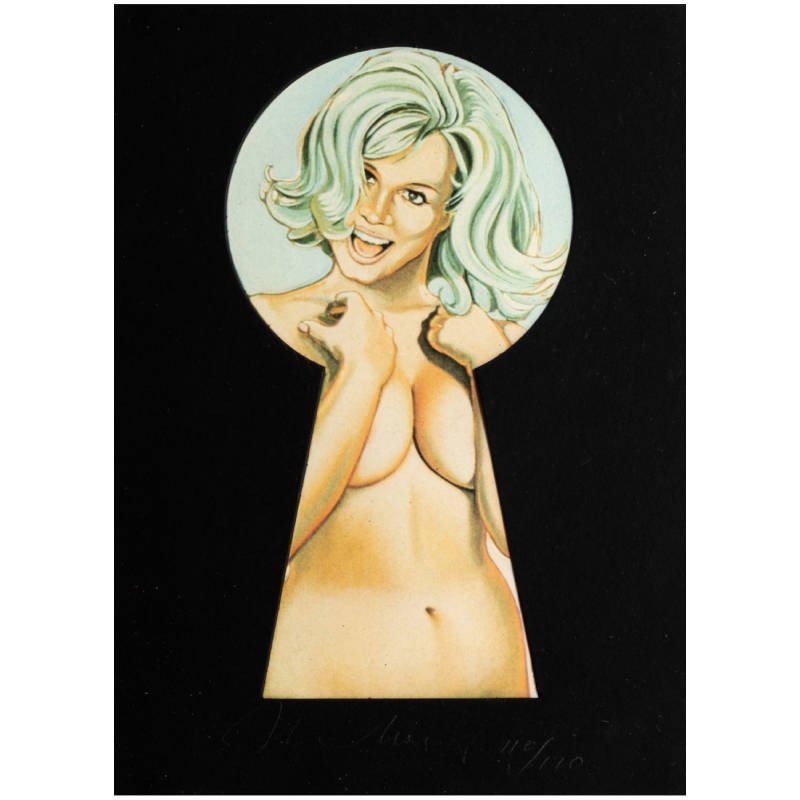 Screen printing on paper inside a black paper container

Signed and numbered by Mel Ramos