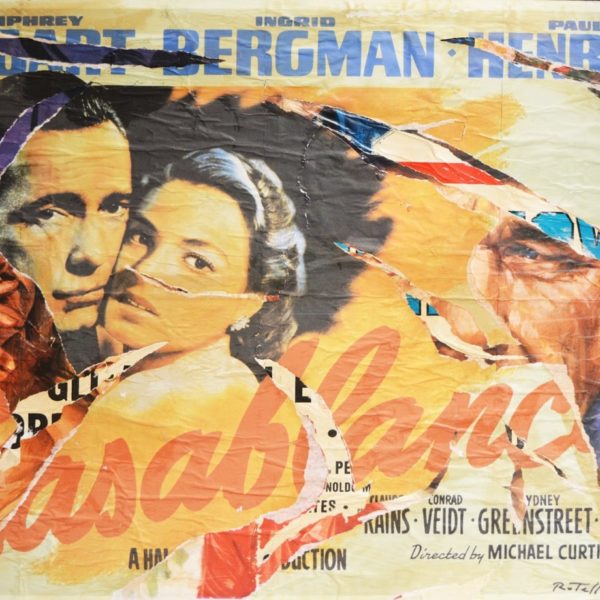 Domenico “Mimmo” Rotella (Catanzaro, October 7, 1918 – Milan, January 8, 2006) was an Italian artist considered a key figure in post-war European art. Best known for his decollage and psychogeography works, made with torn advertising posters. He was a member of the Nouveau Realisme, founded in 1960 by the art critic Pierre Restany.

In 1954 he experiments for the first time with what will become his distinctive technique, the tearing of glued papers; the artists of the Nouveau Realisme define it decollage as a technique contrary to the normal collage which, in the same period, was also practiced by the exponents of Pop Art.

Until 1958 Mimmo Rotella‘s operations consisted in tearing, gluing on new support, and re-tearing advertising posters, and for this reason the technique was initially called double decollage. Then, Mimmo Rotella pastes the fragments torn from the walls directly onto the canvas.

The first works of art created by Mimmo Rotella with the decollage technique completely lost the images they contained, thus creating completely abstract compositions. Later Rotella decided to recover and preserve the recognizability of the figures applied on a support (generally canvas or, in recent years, sheet metal).

The sensation aroused by Mimmo Rotella’s decollage technique was due to the fact that highly successful films and popular characters were no longer solemn and untouchable as when they were displayed on billboards, but their image was almost unrecognizable, their forms burst, torn apart. , and they had taken on features that not even the artist could foresee. “Tearing the posters from the walls is the only satisfaction, the only means of protesting against a society that has lost its taste for change and for fabulous transformations” – said Mimmo Rotella.

The works of art by Mimmo Rotella are so famous that they are exhibited in the most prestigious museums in the world, from the Museo del Novecento in Milan to the Pompidou in Paris, from the Mumok in Vienna to the MoMA in New York, from the Tate Modern in London to the Guggenheim in Venice, passing by countless other museums and prestigious collections from the rest of the world.

Mimmo Rotella works of art for sale made with the decollage technique, original works of art in limited edition and decollage unique pieces with updated prices.

At The Strip Gallery you will find two types of artworks for sale by Mimmo Rotella:

Up-to-date quotations and prices are available for both types of works of art by Mimmo Rotella for sale. 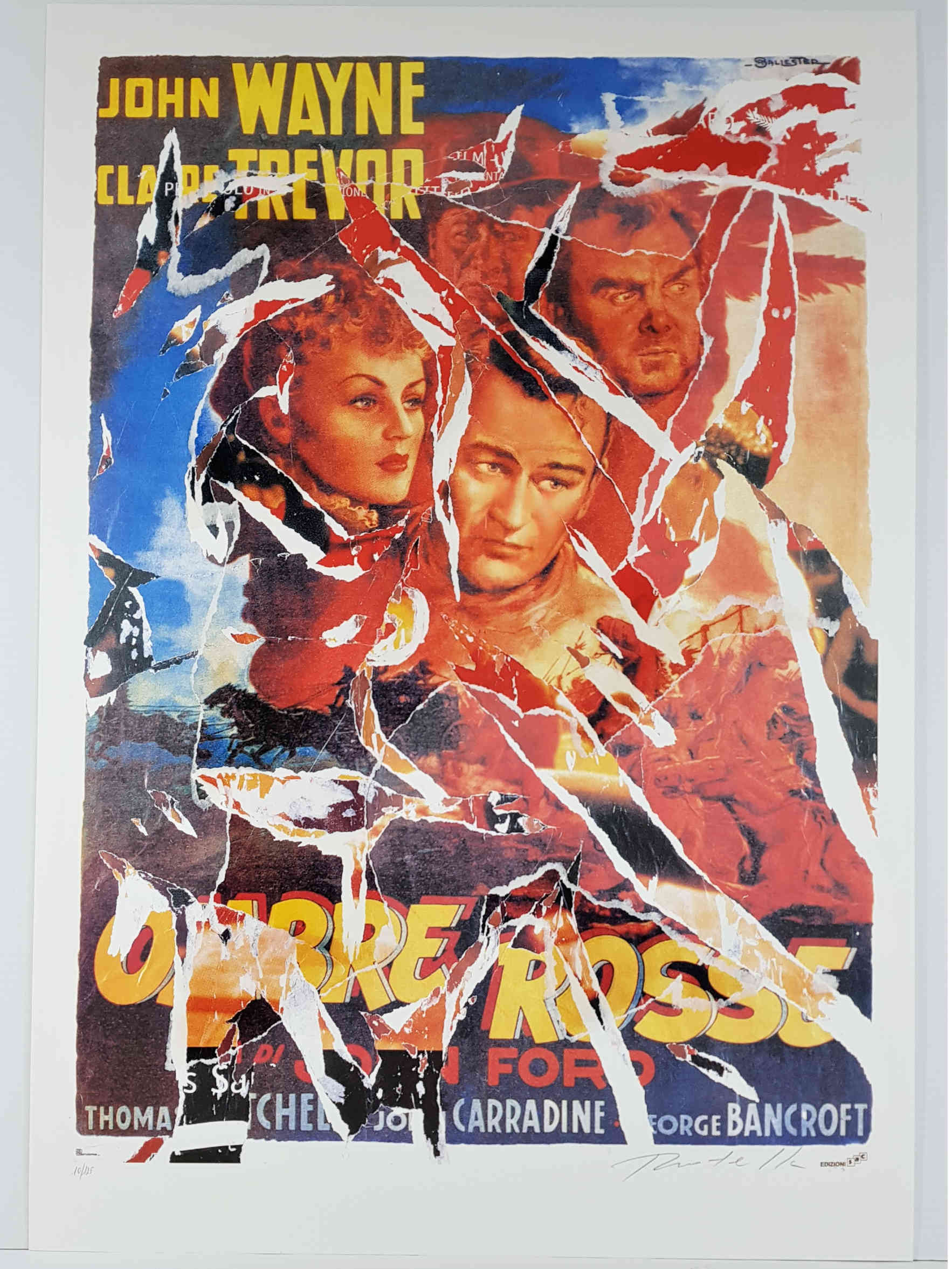 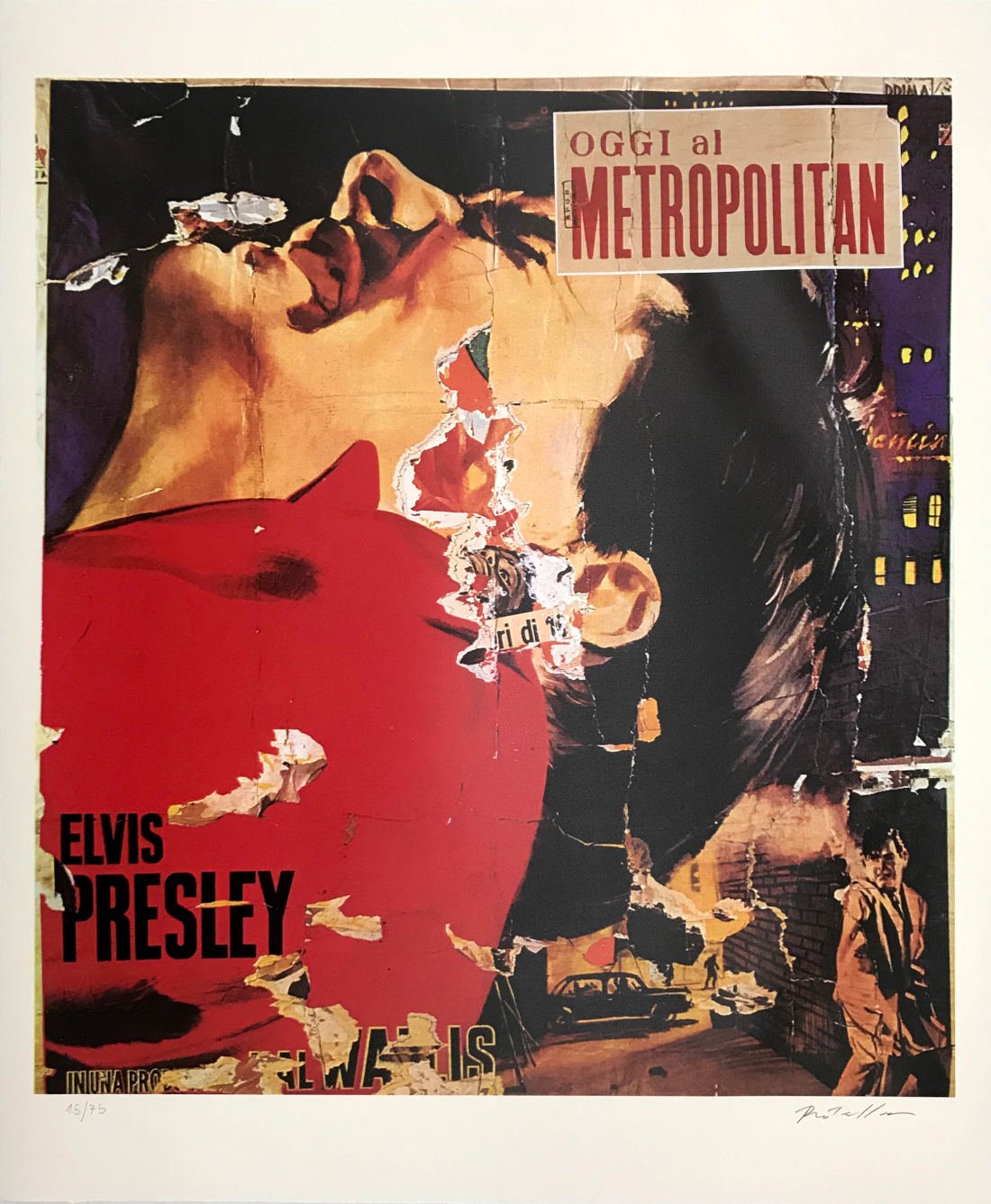