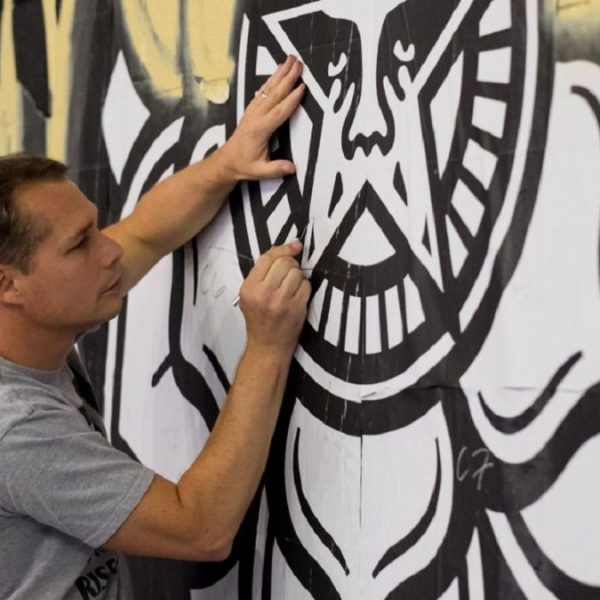 Frank Shepard Fairey (born February 15, 1970) is an American contemporary street artist, graphic designer, activist, illustrator and founder of OBEY Clothing who emerged from the skateboarding scene.
Shepard Fairey is the man behind OBEY GIANT, the graphics that have changed the way people see art and the urban landscape. What started with an absurd sticker he created in 1989 while a student at the Rhode Island School of Design has since evolved into a worldwide street art campaign.

Obey’s art reached a new height of prominence in 2008, when his “HOPE” portrait of Barack Obama became the iconic image of the presidential campaign and helped inspire an unprecedented political movement.

Obey’s artworks are famous all over the world and the most popular and well-known are “Hope (Obama)”, “Libertè, Egalitè, Fraternitè”, “Obey Icon-Giant”, “Power”. In particular, the “Andre the Giant Has a Posse” initiative came to life in 1989 when Obey (Shepard Fairey) scattered the walls of the city with stickers that reproduce the face of wrestling wrestler André the Giant. Shepard Fairey then explained that there was no particular meaning in the choice of the subject, the purpose of the campaign was to produce a media phenomenon and to make citizens reflect on their relationship with the urban environment.

By clicking on the individual Obey artworks, you can easily and safely purchase your original Obey. 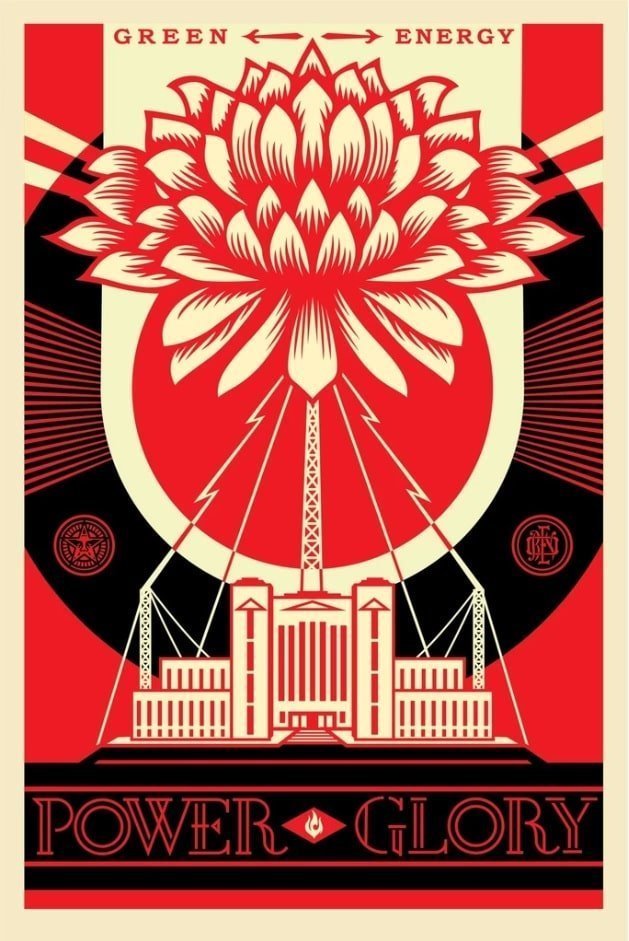 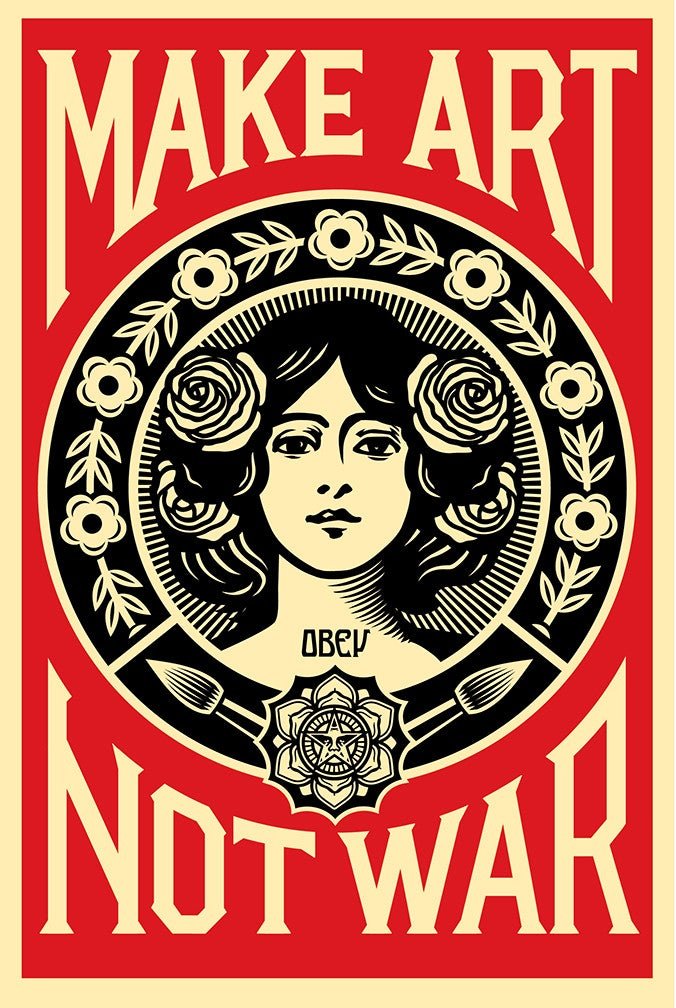 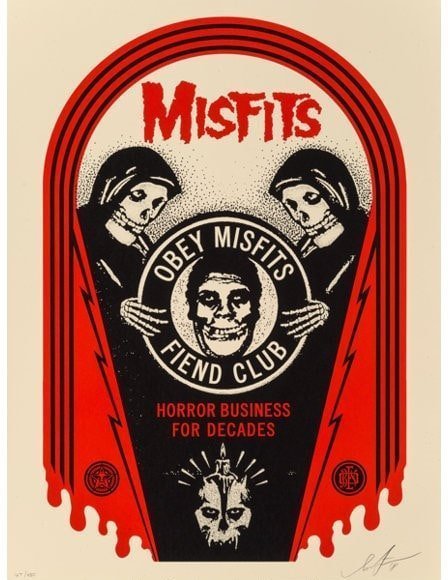 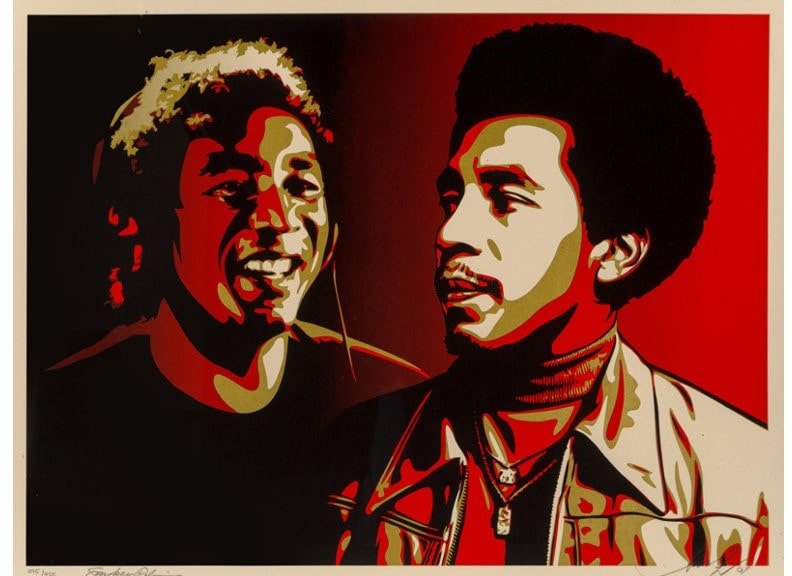 Ed. 295/450
Signed by the artist and Smokey Robinson, numbered, and dated in pencil along lower edge
Published by Obey Giant, Los Angeles 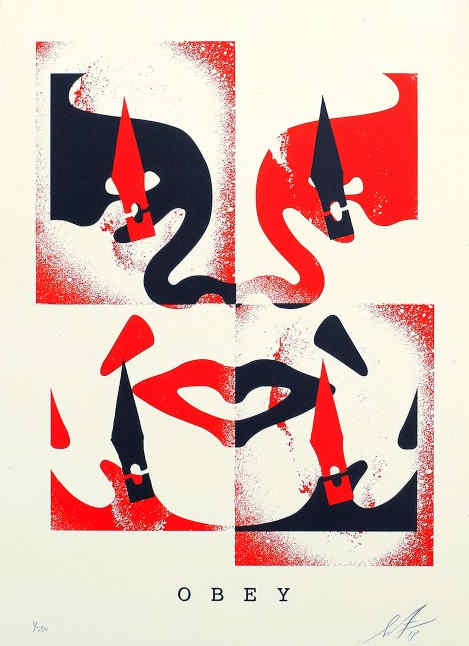 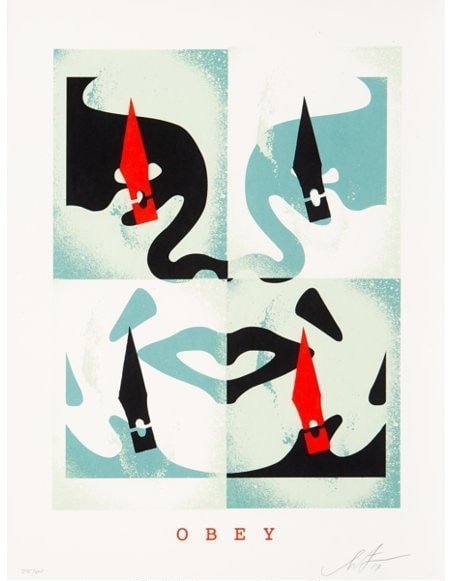 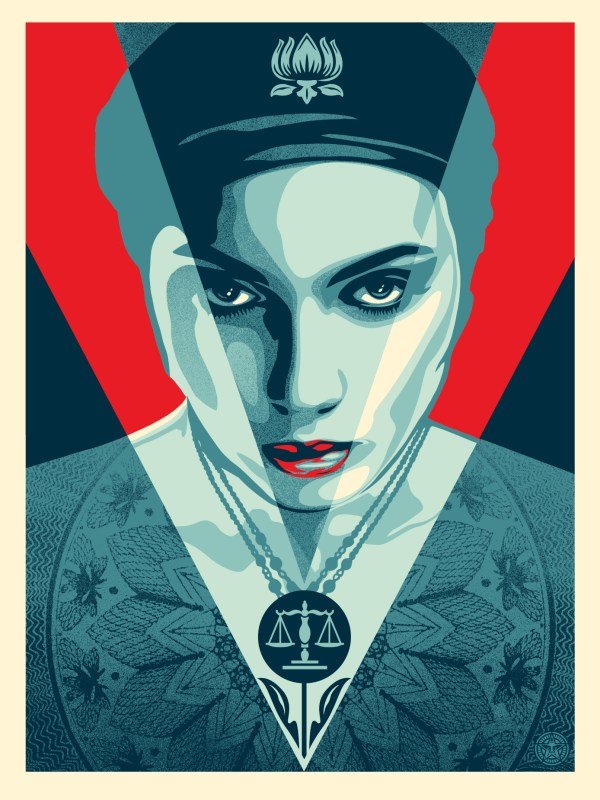 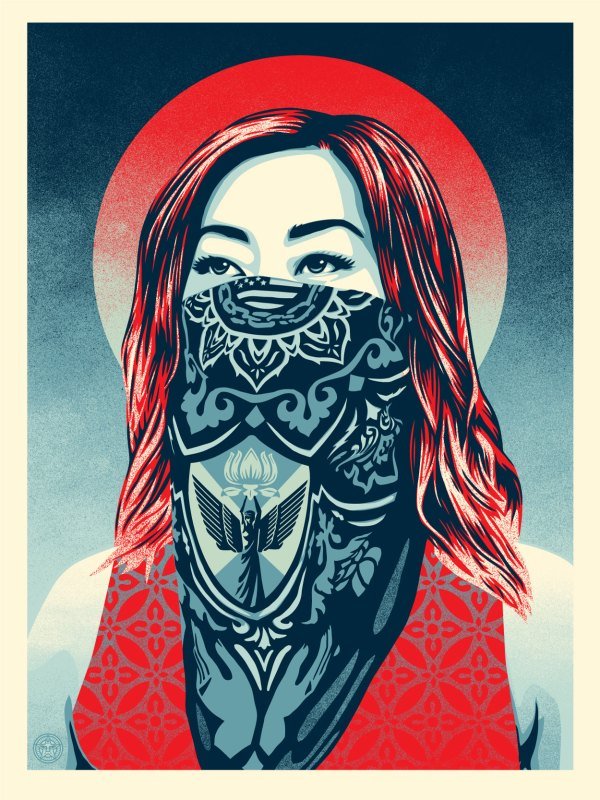 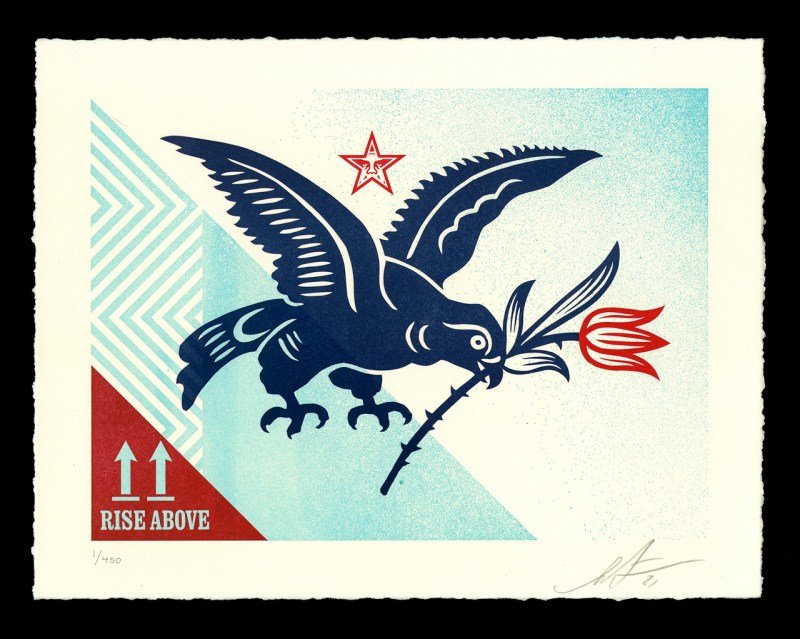 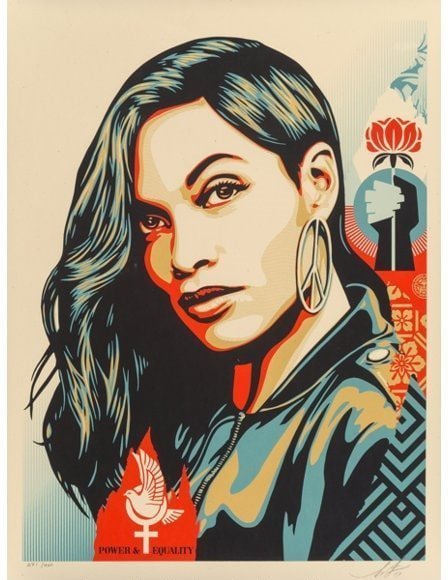 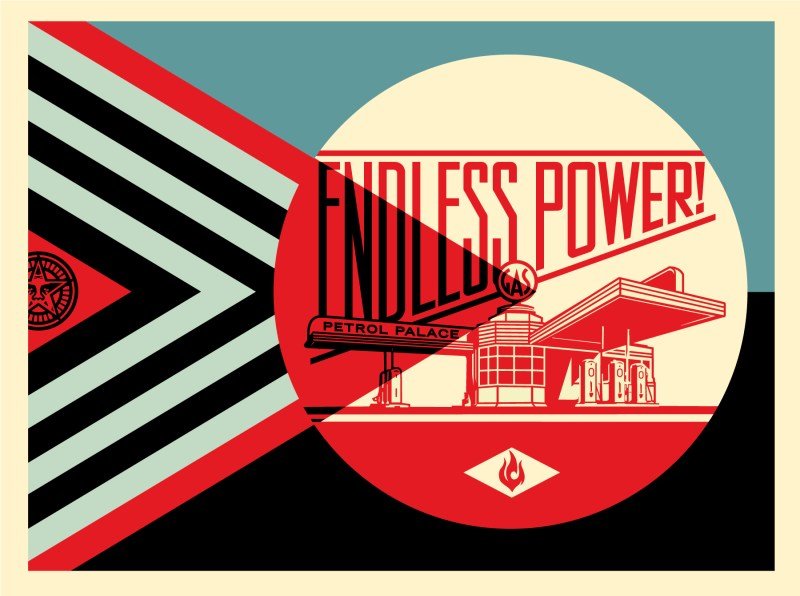 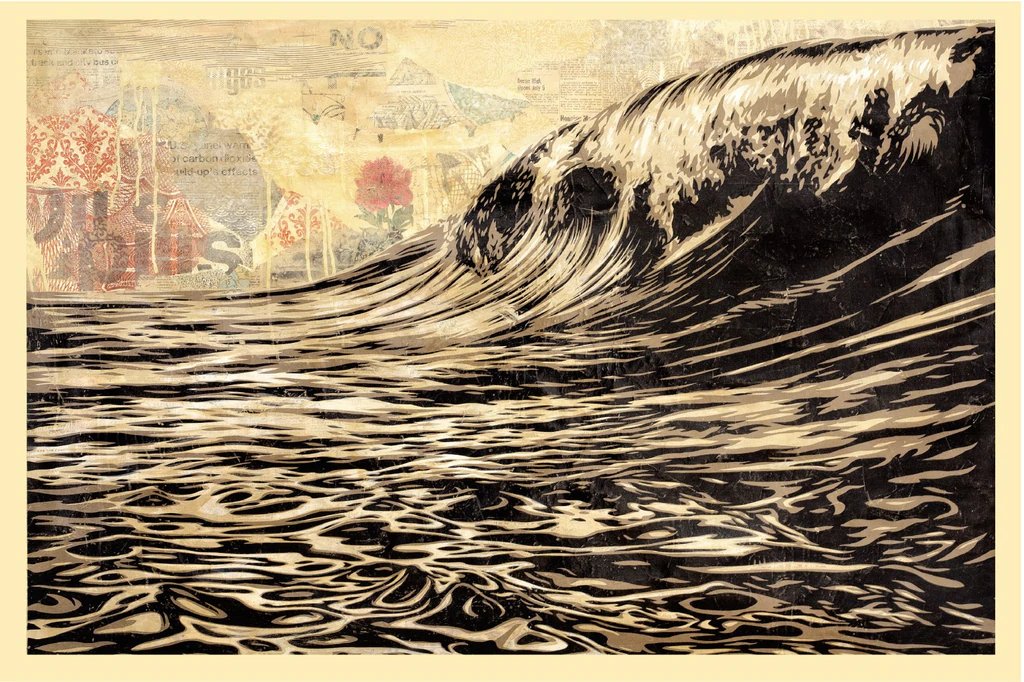