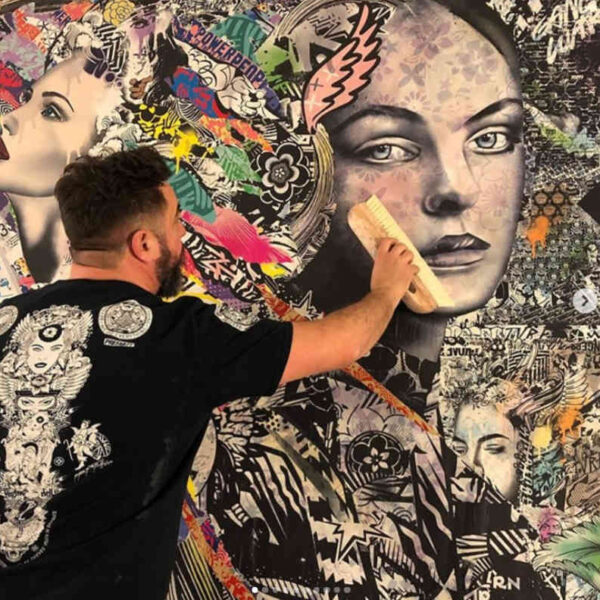 PREFAB77 a.k.a. Peter Manning is a UK based artist whos origins and influences are in England, California and New York.
His early training as a printmaker and designer for Her Majesty in the British Army was fundamental in influencing his early Untied Kingdom subject matter, going on to New York to work in fashion and branding which influences his current. His fascination with portraiture and the female form stems from this period and is central to his imagery.
Living on Elizabeth street in Nolita in the transitional ’90’s between rough and ready door dwellers to armed guarded jewellery stores, he fell in love with the layers of tags and posters that, over the years, created a neglected, urgent, idiosyncratic and incidental beauty. On his doorstep and adding to this heady visual mix, art from Swoon, Faile, Obey, WK Interact started to appear, it was an epiphany and a calling that became an obsession.

PREFAB77 current work is a culmination of all his influences and obsessions. Weaving small pieces of popular culture; money, street, religious, musical and political affiliations, into visually beautiful allegorical portraits, they express an abstract idea or convey a meaning not explicitly set forth in the narrative. A modern fable, a story or a warning, often political, sometimes anti-establishment but always beautiful.
The style is fast, hard edged and stripped down, a dark world of Gangs, Goddesses and Groupies, woven into a pure, rock and rebellion. A luxurious mixture of print, acrylic, spraypaint, wheatpaste and varnish.

Prefab77 original works of art, unique pieces with certificates of authenticity and origin.

Paintings on canvas, paintings made with mixed techniques on metal and artworks for which Prefab77 used a wooden base.

Below are all the Prefab77 artworks for sale, original works by the English street artist. 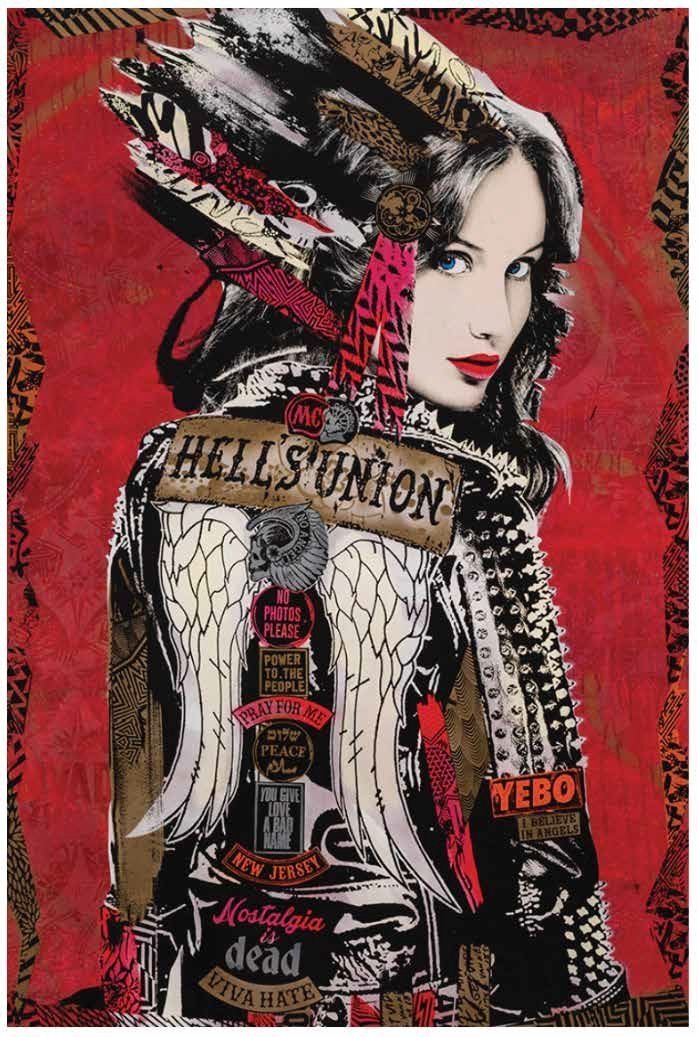 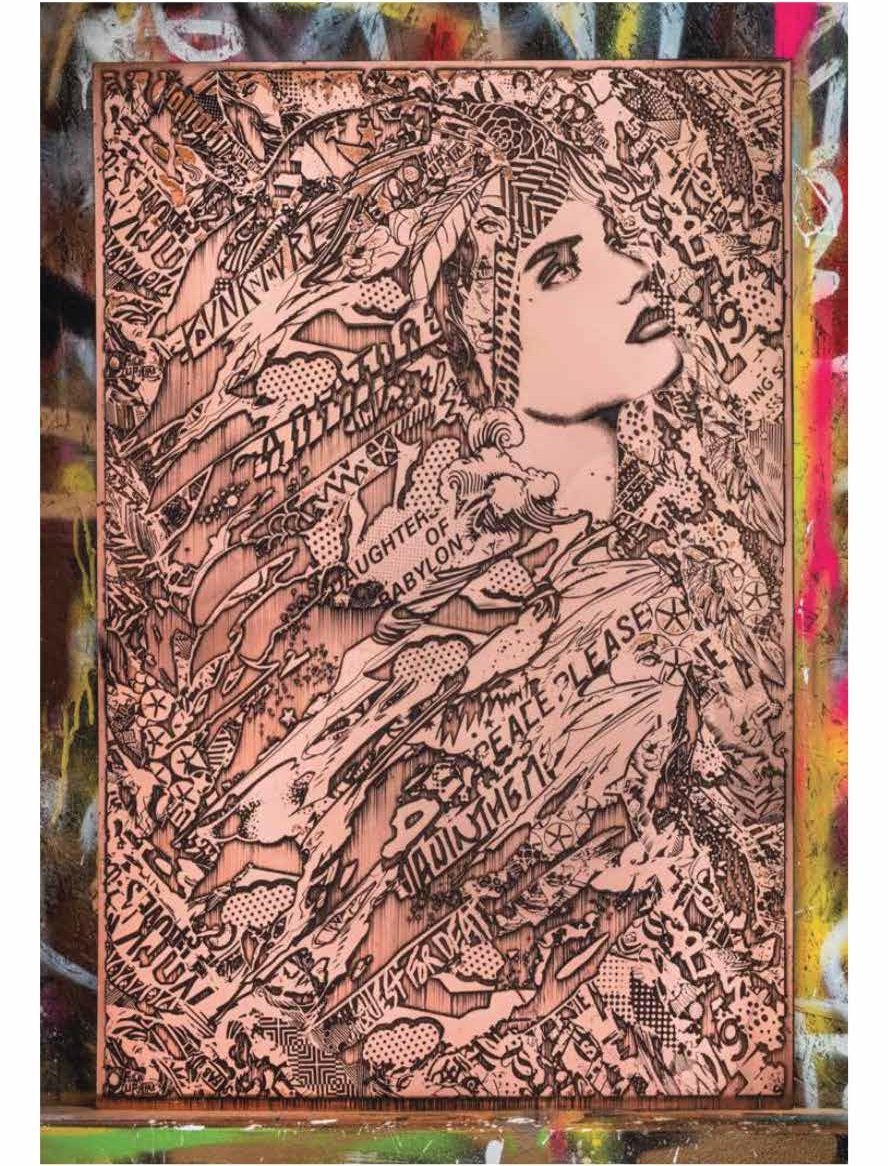 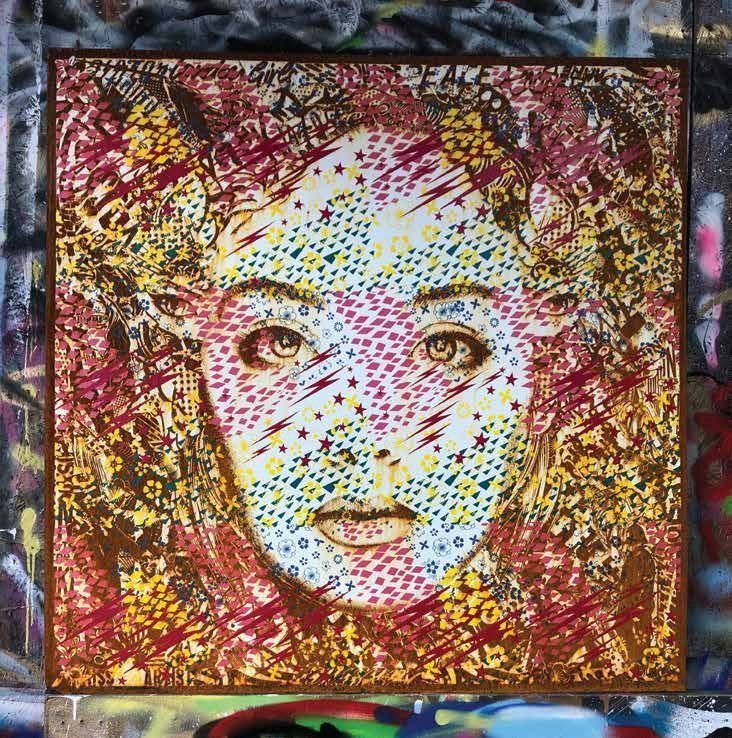 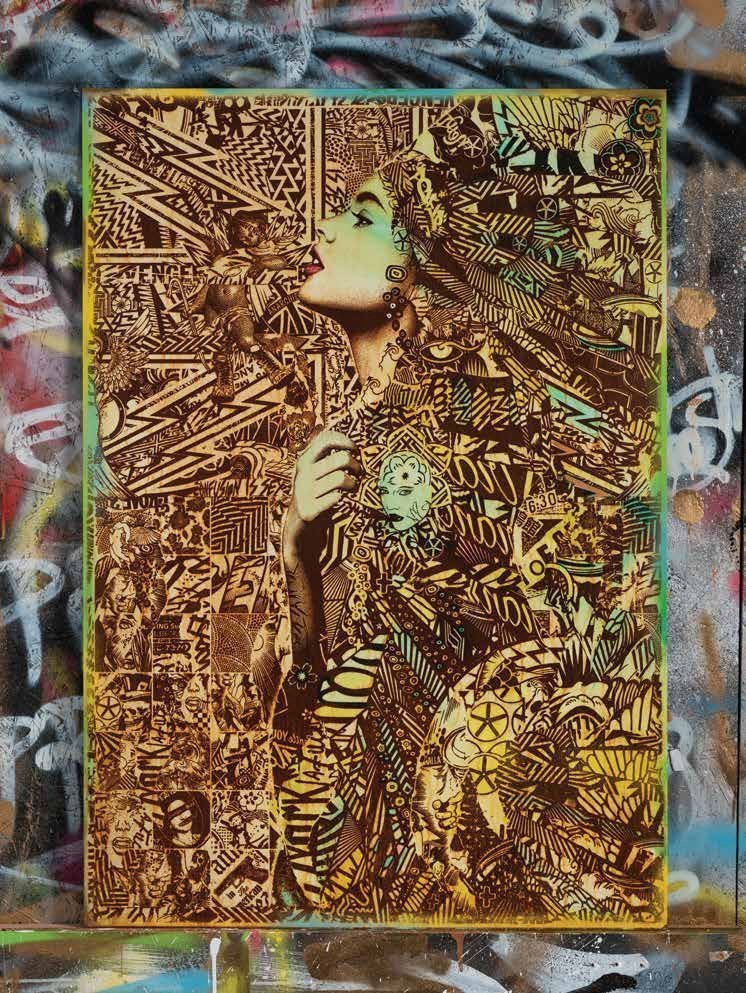 Born in the eye of fortune 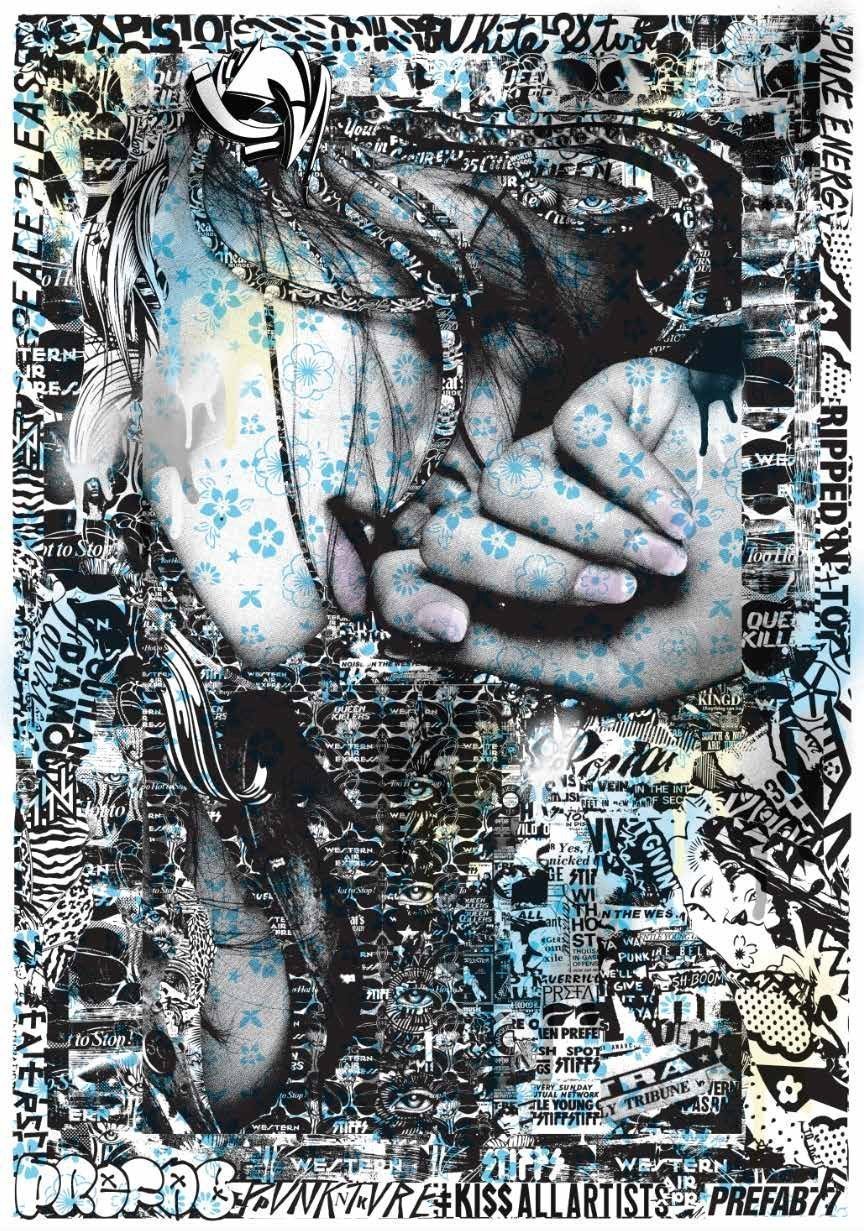 Long is the night I 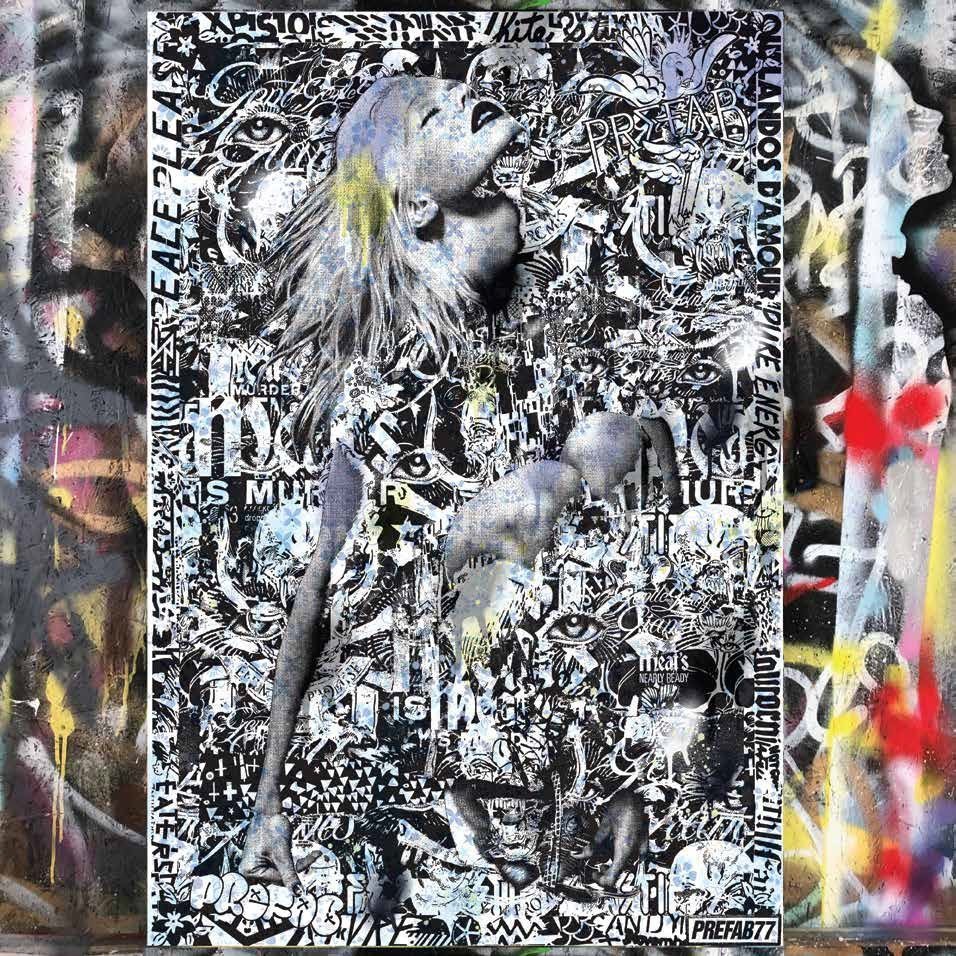