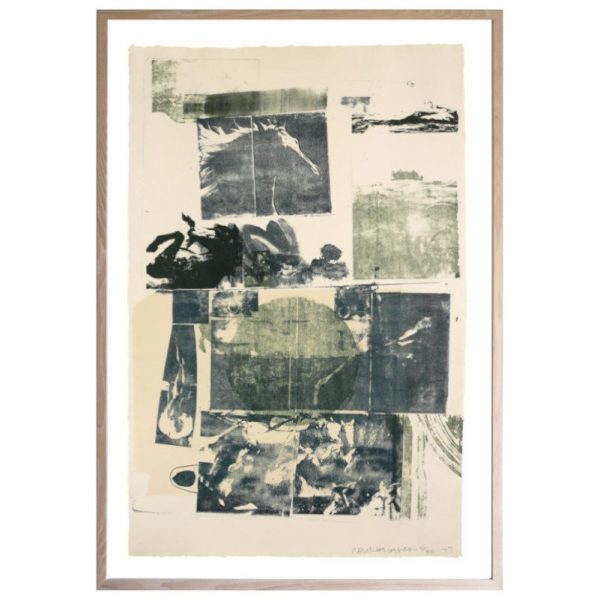 Robert Rauschenberg (1925-2008) was an American painter and artist who became famous in 1950 during the transition from Abstract Expressionism to Pop Art, of which he was one of the great representatives of his country.

Robert Rauschenberg’s art has always been one of thoughtful inclusion. Working in a wide range of subjects, styles, materials, and techniques, Rauschenberg has been called a forerunner of essentially every postwar movement since Abstract Expressionism. He remained, however, independent of any particular affiliation. At the time that he began making art in the late 1940s and early 1950s, his belief that “painting relates to both art and life” presented a direct challenge to the prevalent modernist aesthetic.

The celebrated Combines, begun in the mid-1950s, brought real-world images and objects into the realm of abstract painting and countered sanctioned divisions between painting and sculpture. These works established the artist’s ongoing dialogue between mediums, between the handmade and the readymade, and between the gestural brushstroke and the mechanically reproduced image. Rauschenberg’s lifelong commitment to collaboration—with performers, printmakers, engineers, writers, artists, and artisans from around the world—is a further manifestation of his expansive artistic philosophy. 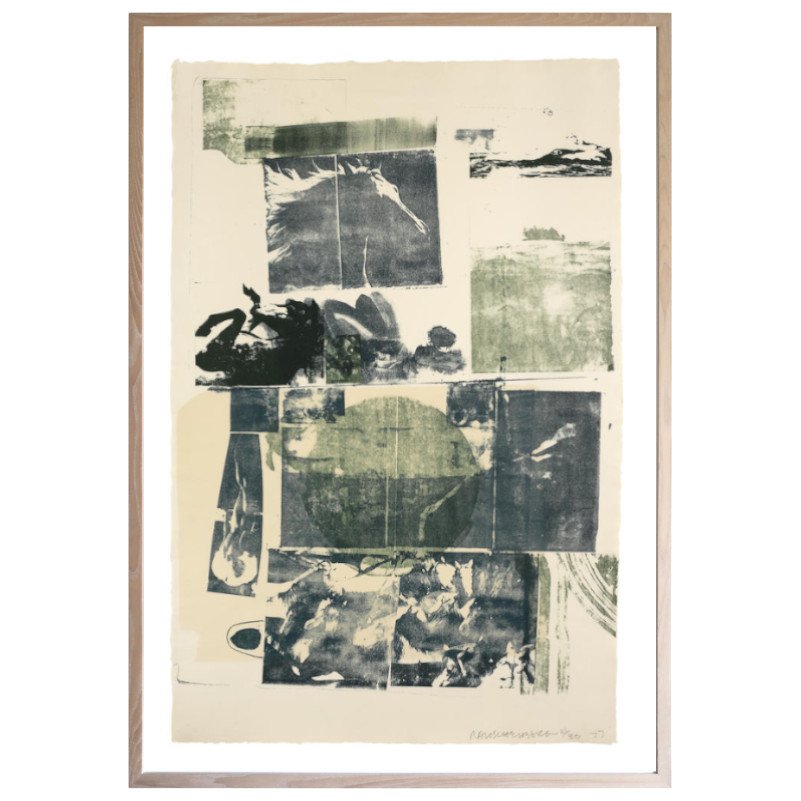 Lithograph printed in colours, 1977, on wove